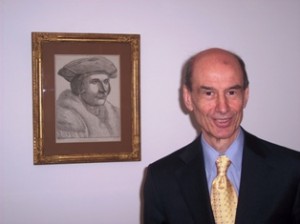 The end of British rule in Hong Kong could be discussed in terms of the final act in Asian colonial history: the conclusion of China’s experience of foreign invasions and the demise of the last significant possession of the former British Empire. Or the transfer of sovereignty to the Chinese Government might be analysed as an important chapter in Britain’s post-imperial foreign policy. To focus on the diplomatic process would be justified by the way the transfer was constructed around the 1984 Sino -British Joint Declaration, reportedly the sole example of a major British treaty achieved without United States involvement since 1945. Or, the analysis might be set in a wider context: the increasing difficulties of modern governments in managing situations which significantly affect the wellbeing of large numbers of people – in this case, Hong Kong’s population of six million people.

This event was organised by Thomas More Institute.